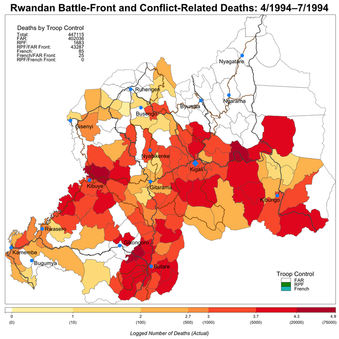 For approximately 14 years, GenoDynamics has been attempting to understand exactly who did what to whom in Rwanda during 1994 with an emphasis on evidenced-based research.  What we know is that there was a significant amount of violence.  What we do not know as well is exactly who was engaged in what activity at what time and at what place.

To shed some light on these issues, our research consulted numerous sources both inside as well as outside Rwanda.  Some sources directly interviewed/surveyed victims and survivors in Rwanda or refugee camps outside of it, asking them exactly what they lived through.  Other sources interviewed/surveyed bystanders, asking them what they saw as well as who was lost and how.  Still other sources interviewed perpetrators, asking them what they did and why.  Some of the data collection was conducted by ourselves (e.g., focus groups of civilians, interviews with civilians as well as genocidaires and a survey in Butare).  Some of the data was compiled by others: e.g., the Rwandan government, the International Criminal Tribunal on Rwanda (ICTR), Human Rights Watch, African Rights and Ibuka.

On this webpage, we provide a summary of our work thus far, the sources employed, the methodology used to combine them, the data that emerged from our efforts as well as responses to the project that we received.  In addition to this, you will find animations of diverse phenomenon relevant to the topic, links to other data that is generally not made available to the public as well as photographs of Rwanda that we took while in the field.

GenoDynamics makes all of this information available in order to facilitate the systematic and transparent examination of what took place during 1994.  One of the difficulties with comprehending what occurred is that very few have had access to the information necesary to make an informed opinion.  Only by making all raw materials available are we able to overcome this problem.  We encourage all of those studying and interested in the Rwandan case to do the same.  There are still many data sources that have not been released (we will start listing them at the beginning of 2015 on our new blog regarding Rwandan political violence [forthcoming]).  This lack of disclosure and transparency has hindered analysis, discussion as well as truth.


What's New on the webpage that merits a relaunch?  A great deal actually.

While there are many issues we seek to understand, thus far we have concluded several things about the violence that took place in Rwanda during 1994: 1) there were several forms of political violence being enacted at once (genocide - mass killing of an ethnic group, politicide - mass killing of a political group [moderate Hutus], civil war [between the invading Rwandan Patriotic Front and Rwandan government], random violence and vendetta/reprisal killings), 2) the extremist Hutu government as well as the Rwandan Patriotic Front engaged in violent activity against Rwandan citizens (i.e., civilian targetting)  and 3) the majority of victims were likely Hutu and not Tutsi.

These findings have implications for public policy, advocacy, humanitarian intervention as well as post-conflict reconstruction as they fundamentally shift our understandings regarding the “lessons” of Rwanda 1994.  A more detailed discussion of our three points developed several years ago are found here.

At present, we are writing up our research findings in two formats: 1) an academic article for submission to a peer reviewed article and 2) a more popular book which discusses our now 14/15 year effort to understand what took place in 1994.  As these are completed, drafts will be placed on this site and our respective webpages.


Why has it taken us so long to finish?  Fourteen years is a long time.  There are several reasons for this.  First, we believe that despite the fact that we are not always producing scholarship at the pace of popular and political debates, it is better to take time and be as close to accurate as one can be.  This is the best way to honor those that have passed.  Collecting source material, interviewing individuals, comparing information and then rechecking it all takes time.  In addition to this, new source material has become available over time and sometimes this prompts us to modify something. Some times it does not.  Second, we began our research with an effort to understand what took placed in Rwanda during 1994 and we were naive in believing that that was the interest of all that we came across as well as most that engaged in similar work. This assumption has not been uniformly accurate and the growing pains with this realization took some time to deal with.  Third, we have not been disengaged or uninformative. Specifically, we feel that making our research and research process as transparent as possible (by posting information as it is being compiled) and taking advantage of the technology available to us (e.g., the internet and webpages) has allowed us communicate to an audience in a way that more traditional models of scholarship do not facilitate.  Rather than simply work on a project for ten years in silence and then publish our work in the often inaccessible prose of academia while real-world discussions about Rwandan political violence are underway, we chose to provide some insights and data as we were completing our more traditional effort.
﻿
In addition to completing the work identified above, Davenport has begun an investigation into what has been taking place both in the ICTR as well as around the world with regard to the identification of alleged perpetrators.  This has involved not only a review of what has taken place in the ICTR but also an evaluation of who has been accused, who is looking for them, who has been found and what happened to them after detection.  This will result in a few academic articles.  The relevant data generated thus far are posted on this webpage.

At the 20th anniversary of the political violence in Rwanda during 1994 many things had stayed the same since the 15th anniversary.  On the one hand, the world came together to mourn one of the most horrific events in human history: the genocide of ethnic Tutsi that took place in 1994.  On the other hand, barely anyone came forward to discuss the other violence that occurred during the same year.  Part of the reason for this neglect was clear.  The current Rwandan government has outlawed the discussion of any other form of violence - especially if the number of casualties begins to approach the number of ethnic Tutsi killed in the genocide.  Accordingly,

Under the Rwandan constitution, "revisionism, negationism and trivialisation of genocide" are criminal offences.[275]
Hundreds of people have been tried and convicted for "genocide ideology", "revisionism", and other laws ostensibly
related to the genocide. Of the 489 individuals convicted of "genocide revisionism and other related crimes" in 2009,
five were sentenced to life imprisonment, a further five were sentenced to more than 20 years in jail, 99 were
sentenced to 10–20 years in jail, 211 received a custodial sentence of 5–10 years, and the remaining 169 received
jail terms of less than five years.[276] Amnesty International has criticized the Rwandan government for using these
laws to "criminalize legitimate dissent and criticism of the government."[277] In 2010, even an American law
professor and attorney, Peter Erlinder, was arrested in Kigali and charged with genocide denial while defending
presidential candidate Victoire Ingabire against charges of genocide.[278] - Wikipedia entry for Rwandan Genocide
(October 8, 2014)

Despite such laws as well as behavior relevant to sanctioning those who are believed to violate it, discussion has begun to emerge.  In part this has been due to the post-genocidal violent activities of the existing Rwandan government in the Congo (under the leadership of Paul Kagame).  While under the framework of finding those who engaged in genocidal activities in 1994, it is not always clear that violent activities undertaken in this region can be linked to genocidal violence.  Restrictions on political and civil liberties within Rwanda (indexed by Freedom House or the Cingranelli and Richards Human Rights Measure) have not returned at a pace that many deem reasonable. And, political opponents to the Kagame regime often end up being treated in a somewhat violent or coercive manner.  Many will speak of the requirements of bringing political and economic development as this is believed to involve some political violence.  What is interesting however is the discussion of exactly how much violence is accepted along the way as one attempts to build their society?  How many individuals are allowed to be killed both domestically and internationally in order to build a nation state?  These conversations are only just beginning.

Not only should one look after 1994 to frame their discussions.  There is also the issue that there was essentially little political violence being directed against anyone in Rwanda prior to the invasion - neither Tutsi or Hutu.  Consulting the Political Terror Scale database which documents personal integrity violations within countries from 1976 to the present, it is clear that it is not until 1990 that human rights violations in Rwanda become relatively violent.  The scale itself is described here.  This prompt some interesting questions.  For example, if there was no political violence before the international invasion, then how should we frame what takes place after 1989?  Were the Tutsi in the country somehow communicating that life for them was unlivable and the RPF were simply responding to this call?  If this is the case, where is that information?  This is another discussion that we are beginning to have.  Granted the issues now being raised are a bit more complicated than the ones that we have been having in the communities examining Rwandan violence in particular and those that have been examining violence as well as governance more broadly conceived.  At the twentieth anniversary, however, we believe that these are the discussions that we need to start having. This is one of the reasons why we participated in the new BBC documentary "Rwanda's Untold Story" (which we imagine will be available on and then removed from the internet for quite some time until it comes to the US - if it comes).


Statements/Reflections regarding 15th and 10th anniversaries of the violence 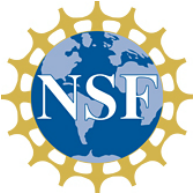 This research was supported by a grant (Mass Killing and Oases of Humanity: Understanding Rwandan Genocide and Resistance)
from the National Science Foundation

Here is our original grant proposal:
Introduction
State of the Literature
Towards a Better Understanding of Genocide
Conclusion
Appendix 1
Appendix 2
Appendix 3
References